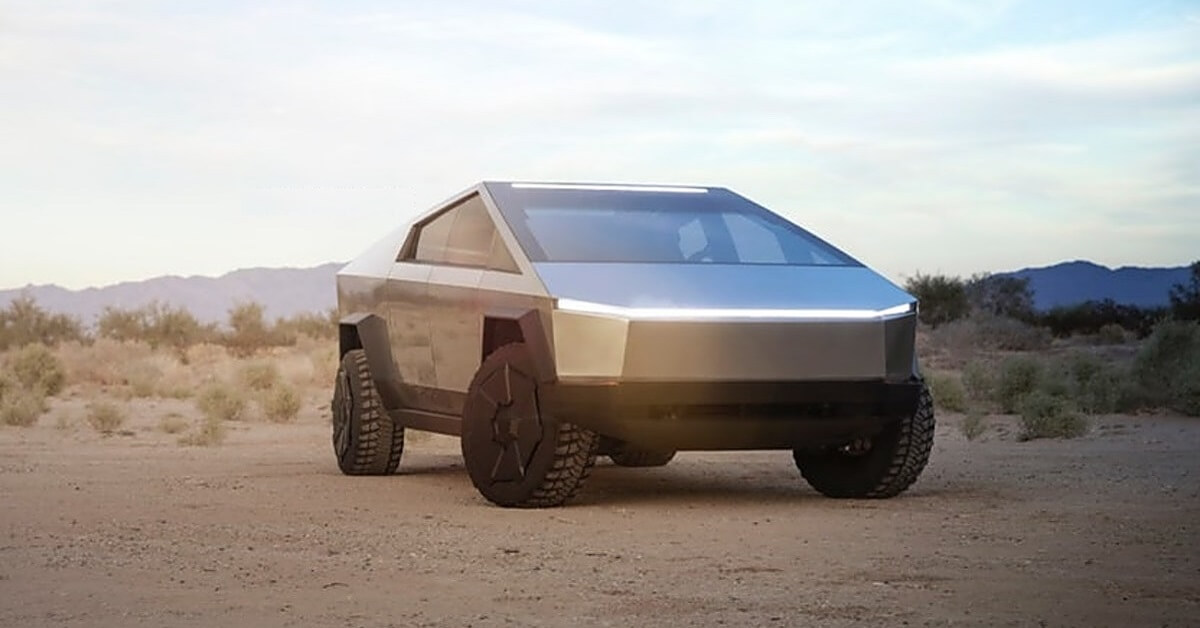 Tesla Cybertruck is spotted in Giga Texas and reportedly it’s creating hype over Twitter and Facebook. Although it is exciting to see this beautiful truck which normally people see on AI Days. People are more inclined towards the new design and updates for Tesla Cybertruck.

An official member of the Quad Squad groups of licensed drone pilots, Joe Tegtmeyer who was previously documenting daily updates from Tesla’s Giga Texas arrival, has now shared some new drone footage in which it is clearly visible that Tesla Cybertruck is arriving in Giga. Plus, he also re-shared the videos circulating over the internet.

Joe wrote in the description of the video;

“This is a short video that was posted on Facebook and is of the new Cybertruck prototype inside Giga Texas’s General Assembly structure shortly after it arrived. I caught the arrival via truck as my drone was flying over the west side of the building on Sunday afternoon, but I did not notice until post-editing. This video was originally shot in 720 resolution and posted on Facebook by an unknown author. The video was originally taken on someone’s smartphone, but I’ve tried to upscale to 4K.”

From a group on FB pic.twitter.com/jsu6aBFwBG

The video is filmed in a way like a person moving around the Cybertruck giving us the first look at wheels, bed, and tailgates. People react oddly to this saying the look is so unnatural due to the massive use of steel and trapezoidal shape.

Similar to vehicles announced at the Tesla 2019 event, the truck doesn’t have any handles for its doors. It’s quite interesting to listen to the discussion in the video about how people are going to open the doors.

It is explained that you have to tap on your keycard or the phone which uses a specific sensor that opens the door.

The video subtitles indicate that this version of the Tesla Cybertruck is just a concept. This means it is easy to predict that the actual version may end up in a different version and design.

The subtitles captured a comment from the public saying “Man, tell Elon he’s doing too much,” going on to compare the truck to a stainless steel fridge that you’d “put your produce” in.

According to The Verge, Tesla’s Cybertrucks had to be shipped this year, but now the production has been delayed. This is why perhaps the Tesla website has removed the references to 2022 Cybertruck information from the webpage. It is expected that Musk is going to provide an update about the vehicle in his Wednesday’s earnings call.