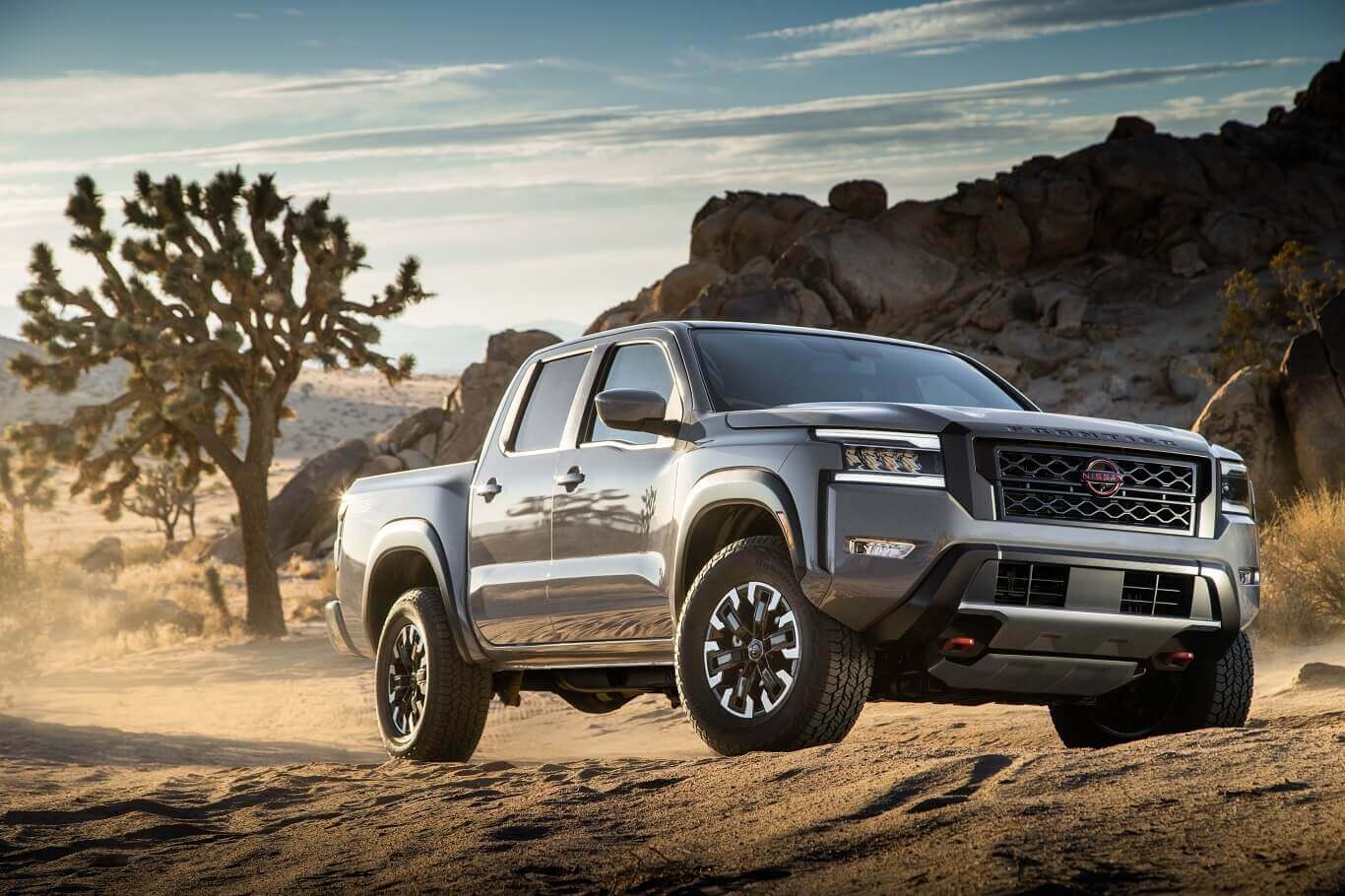 A brand well known amongst the masses; Nissan, has continued to provide users with quality vehicles, time and time again. This time around, all car enthusiasts are in for a surprise as the company is back with a bigger and bolder treat.

The Frontier that has been known to be the mightiest of all is back with new additions to ensure a better driving experience. With the 2022 Nissan Frontier, you can get your hands on the safest technology and an engine of top-notch quality.

More commonly referred to as the truck, the 2022 Nissan Frontier brings the right mix of the modern and traditional. From the headlights to the tailgate, every feature of the car has been curated with perfection. But, that’s not all there is to it. If you want to learn more about this stunning car model, read on to find out its features, capabilities, and a whole lot more.

Why is the 2022 Nissan Frontier special?

If you’ve been wondering why this brand of vehicle has been so up in the news lately, here’s your answer:

The Nissan Frontier of 2022 is more like a pickup truck. Given the tastes and preferences of American citizens, a truck parked in the backyard is always a good idea. If we were to consider the statistics of purchased vehicles in America last year, full-size pickups would be ranked amongst the top three selling vehicles.

Pickup trucks have continued to be a popular choice for American consumers out there. Ultimately, they are one of the most profitable vehicles at car dealers. As far as compact and moderately sized pickup trucks are concerned, these can serve as an integral component of an automaker’s vehicle line.

With the 2022 Nissan Frontier making its debut soon, the company has a special aim in place: To compel buyers with the current vehicle and make them switch to the Nissan Titan truck later. Perhaps the most special part about the current Nissan Frontier is its lifespan. It has made its way through all challenges and obstacles for a whole 17 years. Even after moving through the best and worst of life’s course, the Nissan Frontier is soldiering on; better than ever.

If you are wondering when will the new Nissan Frontier be available. All set to be released in the upcoming year, the new model of Nissan Frontier incorporates the best of features. Its release officially marks the third generation of the Frontier. Listed below are each of the truck’s defining features, explained in-depth and in detail.

Since Nissan has released its Frontier after more than a decade and a half, you’d think the new truck would be speckled by features from those times. However, we are happy to report that the New Frontier is not a blast from the past. You don’t have to be worried about drawing a comparison with that era as this new vehicle is a modern-day creation.

The 2022 Nissan Frontier makes a massive jump from the outdated and simple to modern and extravagant. Despite riding on similar platforms, the vehicle looks much bigger, accompanied by slim headlights, and elongated fenders.

Instead of matching the dimensions of Nissan’s Sedan, this new Frontier has taken a look that is similar to the 2021 Nissan Titan pickup. However, for a much bolder look, you can scale up to the two- or four-wheel drive Pro-4x trims. With the perfect headlights, daylights, and fog lights, this combination is a winner in itself.

From a bigger perspective, the 2022 Frontier will be widely available in the King and crew cab model. The king mode comes with a 6-foot bed, while the crew cab version brings a 5-foot bed with itself. The best part about the Nissan Frontier is that manufacturers have kept the truck to an optimum size so you don’t have to be too worried about holding a truck too large.

The 2022 Nissan Frontier brings an all-new and highly modern interior space. It has an upgraded dashboard, a new center console, and Nissan’s trademark Zero Gravity seats. Right in the middle of the dash is an 8- or 9-inch touch infotainment system and between the dashboard’s gauge is an exact seven-inch driver info display.

The new model has a much larger center console as the transmission has been moved towards the driver’s side. Even the big handbrake has turned into a foot brake, becoming much more spacious and hoisting distinct features such as the wireless phone charging.

This model is available in the King (extended) and crew cab models.

The latest 2022 Nissan Frontier will bring a range of the best features. From a comparatively modern, enhanced cabin to the largest touch screen available- the Frontier is a true package. The truck is not only well protected but also has a special acoustic glass to block the noise out.

With a wireless phone charging pad, the vehicle also has four main USB ports. Additionally, there are also about 12-volt outlets and a full 120-volt plug-in. The other key features of the latest Frontier include a combination of heated front seats and steering wheel, adjustable driving seat, and an engine with a push button.

Nissan has not only concentrated on the outer dimensions of the vehicle, but also the inner features. Apart from the traditional upgrade, the company has also given the Frontier’s infotainment system a much-needed upgrade.

We have outlined some of the key aspects of the Nissan Frontier’s infotainment system below:

The upcoming Frontier will be equipped with a 310-horsepower 3.8-liter V6 that is capable of producing nearly 281 pound-feet of torque. Ultimately, this combination makes the engine much stronger than that of rival pick-up trucks.

When the 2022 Nissan Frontier is launched, the V6 will quite possibly be the only engine offered. This engine surpasses all others as it is corresponding with a nine-speed automatic transmission. The new powertrain has been observed in the 2020 and 2021 models respectively. So far, they seem to be phenomenally successful.

The new model of the Nissan Frontier can tow up to 6,720 pounds.  This upgraded limit gives tough competition to the leading companies that include the names of GMC Canyon (2021) and Chevrolet Colorado (2021.)

The truck also comes with an added sway control which uses the truck’s brakes to ensure that the vehicle is parked straight. As far as the Frontier is concerned, the bed is nearly 59 inches long, while the Crew cab model has a much bigger bed length that amounts to 73.3 inches.

Additionally, the company also offers a high utility bed with a bed liner, alongside a trackable cargo management system. These Frontiers are also equipped with a reduced tailgate that won’t get slammed upon opening.

The cargo bed lights also aid in loading day and night.  Even the cabin of the Frontier will have ample room and there is significant space available in the second row.

To minimize the risk of hitting bumps on the road, the 2022 Nissan Frontier brings a better steering wheel and unique jounce bumpers. Moreover, the stabilizer bar at the front has been increased in size, while an attached rear stabilizer bar on the side keeps the truck on the ground.

The Frontier comes in either a four-wheel or rear drive with a two-speed transfer pack. Four-wheel drivers have the added ability known as the hill’s descent control, which ensures you travel in the right direction when traveling on hilly areas.

However, the 2022 Nissan Frontier is yet to be tested on the roads and thus, its overall performance is yet to be seen.

The “Easy Fire Till” technology also helps in keeping you informed about the level of air that is needed to reach the optimum tire pressure. In addition, all vehicles would come with a Nissan Safety Shield 360 package that includes; traffic alert, automatic beam headlights, automated emergency brakes along with pedestrian recognition. Other features include:

At present, the data for the fuel economy of the 2022 Nissan Frontier is yet to be released. These estimates will most probably be released closer to next year. However, these numbers should more or less fall in the same range as the current Frontier, as the new truck also makes use of the original powertrain and operates on the same platform.

Although the official price for the truck is yet to be announced, the company has published trim levels that are to be available from next year. The Extended Cab models will be available in S and SV trims. On the contrary, crew cab users can choose their pick from a diverse range of options that include S, SV, Pro-X, and Pro-4X.

The features available on each of these trims are yet to be disclosed. As far as the price estimate is concerned, the 2022 Nissan Frontier will not be a great hike from the current one, priced at a solid $26,790.

For the most part, the Nissan Frontier of 2022 is expected to be in showrooms soon. But, with the current circumstances imposed by the pandemic, there is a big possibility of experiencing delays in the product launch.

The 2022 Nissan Frontier is being built at the Mississippi plant of Nissan’s Canton in the United States. This facility has been producing several Nissan products. Even the Nissan Altima of 2021 was built at this plant.

The 2022 Nissan Frontier may be packed with the best of features, but it is still competing with brands that have been working to produce trucks for decades. Its main competitors will include notable car models of 2021, such as the Ford Ranger, Chevrolet Colorado, and Toyota Tacoma.

Thus, in short, the upcoming Nissan Frontier seems like a great package for those who tend to prefer trucks. With the fusion of modern technology and quality features, this vehicle can prove to be a great participant in the truck market. How does it function on the road? Only time will tell!