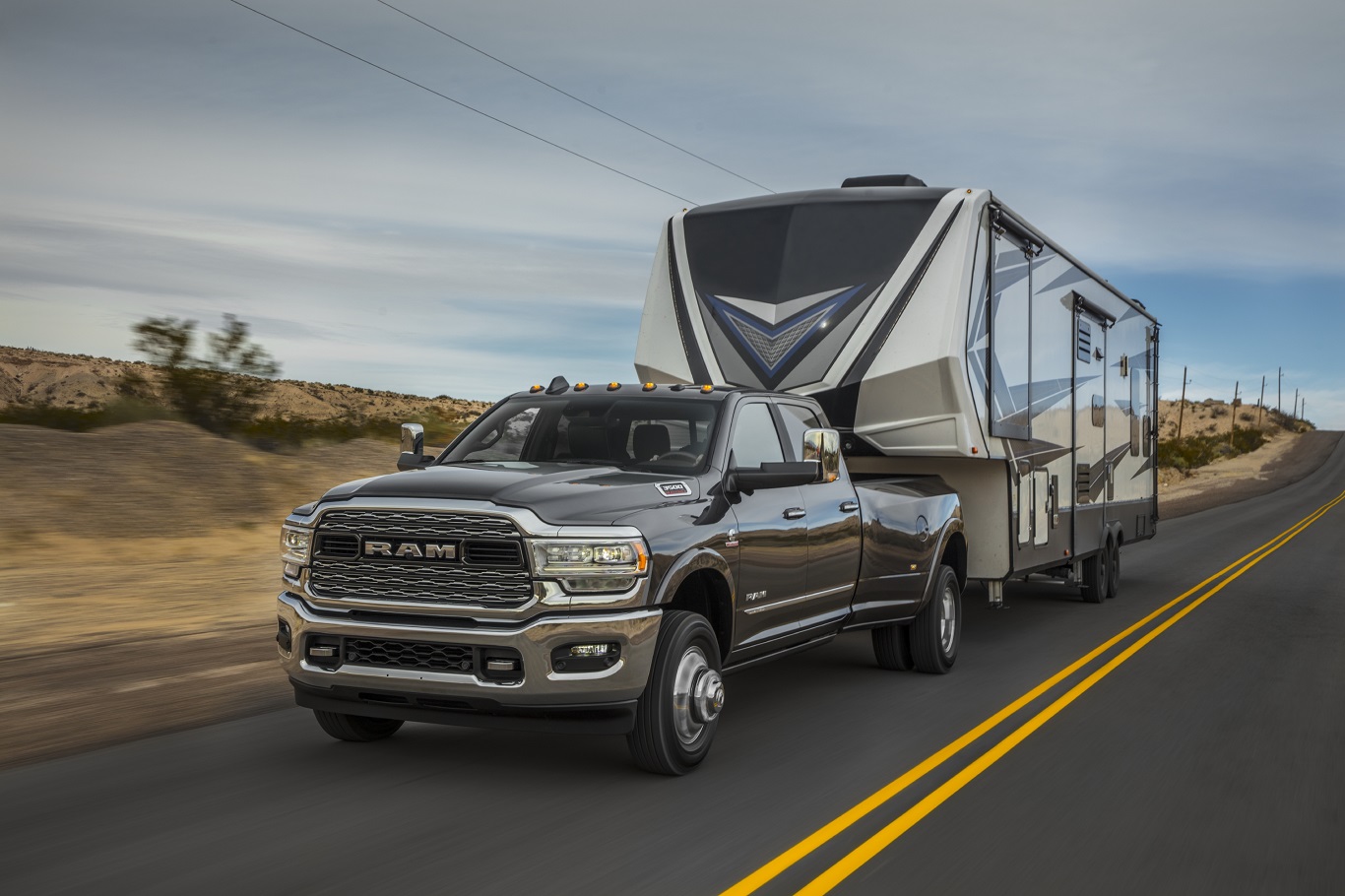 Not so long ago, diesel engines were used in aircraft, warships, and trains until they became standard in common heavy-duty vehicles. Rudolf Diesel developed this engine, which was mostly used in the shipping industry, in the late nineteenth century. When gas prices hit the roof in the 1970s, diesel engines became ever more popular. To tackle the rising gasoline costs, car manufacturers began to sell out diesel engines, which advertised improved fuel economy and higher miles per gallon.

Interestingly, if a diesel engine is not properly handled, it may trigger a variety of complications both internal and external. A badly maintained diesel engine can trigger complications with the internal combustion system and as a result, it can quickly destroy the whole engine system.

Forming this list has been a hard one! We have had hot debates about which engines this list should have, and you surely would have had some with your mates as well. Such a step is like telling a mom which one of her children she likes the most. But anyway, we’ve done it. Here is our list of all-time most reliable diesel engine

Initially launched in 2001, the LB7 Duramax was a replacement for GM’s 6.5L Detroit diesel engine. The Duramax was a better option to the rusty Detroit, marking a groundbreaking defining moment on the diesel market for Chevrolet and GMC pickups. The engine is exceptional in a way that it transcends pollution standards on other Duramax units. Moreover, it is applauded for its durability and is considered a rather economical and affordable engine model.

The vehicles for which the LB7 engines are best suited are GMC Sierra HD, Chevrolet Silverado HD, and the Chevrolet Kodiak GMC TopKick. The LB7 had problems with fuel injection systems even though General Motors’ new engine platform was observed to be very promising at first. Injection failure was so frequent that GM had to acknowledge and upgrade these units with an improved version. Furthermore, the guarantee was expanded to include the current Injectors for up to 200,000 kilometers to give longtime and loyal customers a sense of reassurance.

The 6.6L Duramax LB7 engine has the following specs.

The 6.7L Power Stroke engine is built in-house for the Ford Super Duty and is the most trusted and consistent diesel truck engine. To retain profitability and have a competitive advantage in the growing diesel market, Ford built, engineered, and manufactured its diesel engine. Very interestingly, it is the very first Power Stroke that has not been produced by the long-time collaborator International Navistar.

The third-generation 6.7L Power Stroke diesel was introduced by Ford in 2020 with a torque peak of 1050 lb-ft and 475 hp. The revamped engine contains many major alterations but its updated piston configuration is the most impressive one. The engine uses an average height of a steel piston. Reduced piston height offers significantly heavier material than the previous aluminum version with additional steel weight. The outcome is a piston weighing the same as the piston before 2020. Although, its narrower shape increased the strength and resilience and reduced the overall friction.

The basic specs that you need to know about the 6.7L power stroke engine are:

The 7.3L diesel Power Stroke was optimized for the rusty old 7.3L IDI as a substitute. While all the engine motors share the same maneuvers, steps, and transitions – the layouts are opposite. It is an international Navistar-manufactured turbo-loaded direct injection diesel engine. The “Power Stroke” brand is Ford’s – no doubt about that, and therefore in Ford vehicles, you’ll just find the Power Stroke 7.3.

The 7.3L turbo-diesel Power Stroke engine is known for its injection system known as HEUI (High-Pressure Unit Oil), which uses high pressure of fuel oil exclusively to make the injection fuel pressure, as opposed to a kind of pump system that requires a traditional good old injector. The 7.3L Power Stroke is based on a high-pressure oil pump and a low-pressure elevator pump to achieve fuel pressures of up to 21,000 psi rather than using an injection pump.

The 7.3L Power Stroke engine has the following specs:

GM was quite expected to announce the new version of Duramax diesel, by posting about torque and power estimates unintentionally on the General Motor website. In addition to the rigorous conditions faced under these duties, the Duramax L5P features several enhancements that include 445 horsepower and 910 lb-ft of torque.

Since the engine weighs 6.6 liters (using the same bore and stroke-like the older models) of displacement, the engine is not far from being listed as a new version. For the model year 2017 GMC Sierra HD and Chevrolet Silverado, the Duramax LP5 substituted the outgoing LML.

The specs of the 6.6L Duramax LP5 are mentioned below:

Initially, the Ram 1500 and Jeep Grand Cherokee had the 3.0L EcoDiesel, back in the year 2014, wherein more than ten years it was marked as the first 1/2 tons’ factory-direct diesel engine solution. VM Motori, an Italian manufacturer and existing subsidiary for FCA, is manufacturing the 3.0L EcoDiesel in Cento, Italy. Although the Eco Diesel continues to stay under the hood of the Ram 1500, it was removed in the 2019 Model of Jeep Grand Cherokee.

The 4-cylinder diesel engine was rated as a maximum power of 240 hp and a 420 lb-ft torque from 2014 to 2019. The Eco Diesel was revamped in 2020, probably thanks to competition by the General Motors and Ford Motor Company which increased the power by 20 horsepower and the torque by 60 lb-ft as well as the ranking of 2 and 4-wheel drive variants for fuel economy.

The basic specs of the Chrysler 3.0L EcoDiesel are:

The LBZ supports more intense motor tuning, bringing significant power and torque increases over its older model (LLY). With a torque of 650 lb. ft and horsepower of about 360, this four-cylinder diesel engine produces more than LLY’s 310 horsepower and 605 lb. ft torque. In the mid-model year for ’07, the diesel particulate filter, fitted with LMM, efficiently replaced LBZ.

The hoods of GMC Sierra HD, GMC TopKick, Chevrolet Silverado, and Chevrolet Kodiak included the 6.6L Duramax LBZ. The LBZ’s high efficiency, its surplus of supportive power, and the reality that it is the last version produced without a diesel particulate filter are highly prevalent in the aftermarket. Information released by GM when the LBZ was introduced indicates that in addition to improved block coating the engine has increased the diameter of the column pin and a thicker connecting rod portion in comparison to the previous generation.

The specs for the petrol heads are given below:

The 6.7L Cummins is the latest engine of the B-series, which was launched in 2007. As a result of tough federal emissions regulations and the need for a more sustainable forum for potential development under increasing market constraints, the replacement of the former 5.9L ISB was immensely required.

Also, it is the first Cummins engine that needs a diesel particulate system, this system collects more than ninety percent of the soot from the combustion stream of the vehicle and is purified by a method called “regeneration” in the diesel engine industry. The revamped 6.7L Cummins set the market record for the updated 2019 model with a torque output of 1.000 lb-ft. It is also the perfect diesel truck engine for heavy loads to pull or carry.

The basic specs that you need to know about this one are:

The Nissan Titan XD, which debuted at the 2015 North American International Auto Show in Detroit, Michigan, can be dated back to 2013 August, when both – engine manufacturer Cummins and car manufacturer Nissan Motors announced a partnership to add a 5.0L Cummins turbo diesel to the Titan pickup truck model. The four-cylinder Cummins diesel engine was previously planned to be placed in FCA’s Ram Truck unit, unfortunately, the offer got declined and the company went in favor of a cheaper, more fuel-efficient engine from Italian maker VM Motori.

To have ample structural stability for the Titan’s tow ratings, which exceed 12,000 lbs. on properly fitted trucks, a completely boxed “ladder” frame is used. The Nissan XD is powered by a Cummins 5.0L V-8 engine that produces 310 horsepower and 555 lb-ft of torque.

The overall specs of this engine are:

The LML is considerably more powerful than any previous Duramax, with 765 lb-ft of torque and 397 hp. GM caught Ford off guard with the launch of these powerful figures, which were made public soon after Ford’s 6.7L Power Stroke became accessible to the public.

The specs offered by the 6.6L Duramax LML are:

For the 2008 Ford Super Duty trucks version, the 6.4L power stroke was unveiled. The x-factors that illustrated a need for a modern, fresh engine concept were the strict emission regulations and the overall doubtful 6.0L reliability. The 6.4L Power Stroke was the first in the market to be smoother and stronger than its previous engine models and was the only turbocharger on this type of engine to use a twin turbocharger.

Moreover, this is the first power stroke to use a diesel particulate system to almost remove the release of particulate matter. The updated DPF and active regeneration system hampered the engine’s gas consumption enormously making it a strong and reliable engine.

The specs offered by the 6.4L Power Stroke are

Cummins vs Duramax vs Power Stroke: Which one’s reliable?

What distinguishes diesel engines such as Powerstroke, Duramax, and Cummins? How were these 3 extremely efficient diesel engines one of the biggest machinery components ever produced? Let’s compare them!

We know that the displacement of the 6.7L Cummins and the 6.7L Power Stroke is the same, but still, the Duramax nearly catches up to both of them. The power stroke and the Duramax are known to have 8 cylinders while the Cummins is known to be a 6-cylinder diesel engine.

Power and torque ratings among the three diesel engines are identical, but the Cummins engine takes the top spot, the four-figure mark being infringed with its torque rate. Additional variations include engine cylinders, bore and stroke designs, compression ratio, and firing order. However, they have fuel systems that are similar to each other.

Given below is a side-by-side comparison of the 3 above-mentioned engines so you can decide the best one by yourself.

Do you know what’s the best diesel engine ever made?

The 5.9L Cummins 12-Valve 6BT is the most reliable diesel engine ever produced. It has a durability of one million miles and it reached the finish line with an inline injection pump P7100, 230 horsepower, and 440 lb-ft torque. Diesel lovers from the 6BT period could increase horsepower easily to more than 500 HP.

The engine had an excellent fuel economy and performance rating. It is almost certain that it will last more than 500,000 miles. The average fuel consumption on the highway was approximately 20 mpg. 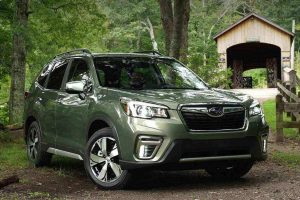