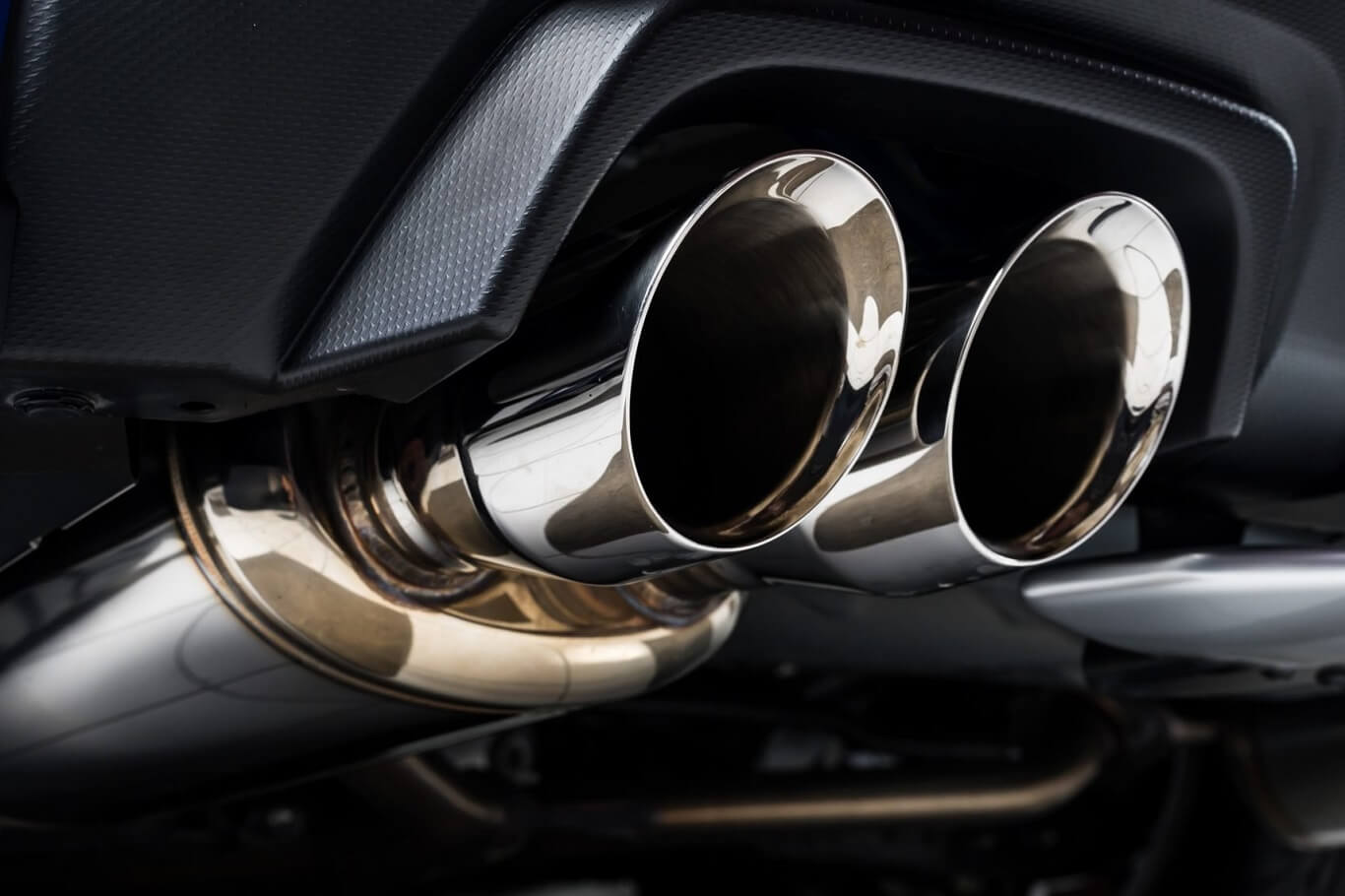 You might wonder about how hot the various parts of the car could get, and what is the hottest part of the car.

The answer is simple: It’s the exhaust. But do you know how hot does a car exhaust gets and why?

Many drivers tend to ignore the fact that their car’s exhaust pipe could get extremely hot and cannot imagine the negative impact on the performance. Since it is hidden away in the chassis, many drivers overlook the factors affecting the temperature of an exhaust pipe.

This article will discuss the various factors that affect the temperature of the car exhaust and try to answer the question ‘how hot does a car exhaust get’ in a bit more detail.

What is the average temperature for an exhaust pipe?

The average temperature of an exhaust pipe depends on the temperature of the various components of the system. However, as a general rule, the bends closets to the catalytic converter, and the cylinder block tend to be the hottest.

The average temperature could be between 500 to 1100 F (300 to 500 C). This is a very high temperature and you should always keep your hands away from the exhaust pipe when the car engine is running.

The muffler is usually the hottest when the engine is switched on and the car starts to move. However, like the car, It will be the hottest once you start driving your car. If your car is standing idle in the parking garage, so you won’t be able to feel any kind of heat.

According to experts, the highest temperature for a muffler could be around 650 centigrade. Moreover, the centigrade will be at its peak when you drive your vehicle at a high speed. However, irrelevant gas combustions can also make the muffler hot.

As we know that all the wastage is drained out through an exhaust pipe. If any kind of wastage or combustion gases is stuck in the exhaust pipe, so it would make the catalytic converter quite hot. The average temperature of this component could be around 750 degrees centigrade.

Well, the temperature might go beyond it, if the particles are stuck for a longer period.

What are the factors affecting a car exhaust pipe?

Multiple factors are affecting the exhaust pipe and its hotness. Well, a few of the key elements are mentioned below;

It is considered as one of the significant components which is related to the temperature of the exhaust pipe. Well, it depends on the vehicle also; whether it’s moving or not.

Moreover, the distance also determines the level of hotness of an exhaust pipe. For example, all the heat is created through an engine and as the car would move for a longer span, so the gases would take a greater amount of time to be released. This way the exhaust pipe will incur more heat.

In these situations, having a longer tailpipe is more effective than a shorter one. They have a larger capacity to cool down the exhaust system.

Condition of the engine

When you drive an old vehicle, you need to be extra careful about it. A faulty engine can become costly for you due to its overheating problem.

The overheating of an engine is directly related to the entire exhaust system. Once the vehicle starts getting overheated, so the temperature in the exhaust pipes is most likely to rise.

However, it won’t be affecting the performance of the car but somehow will become a hindrance while you drive with your loved ones and nobody wants that.

The pace at which you drive your car determines the heat generated by the vehicle’s exhaust pipe. It is vital to understand that when you accelerate your car from the 2000 RPM mark, so most probably the exhaust pipe will cross the temperature of 600 centigrade or might even go beyond.

Make sure to keep the engine speed stable to make the exhaust pipe temperature in place.

How to maintain an exhaust pipe?

This component of the car passes through watery elements and other particles, which makes it quite difficult for it to function properly. Instead of seeing it catching rust, try to keep the exhaust pipe in good condition and maintained.

People living in cities and countries where snowy and rainy weather is pretty common to have to face this issue quite often.

Moreover, if the problem is overlooked, so it might affect the muffler system as well.