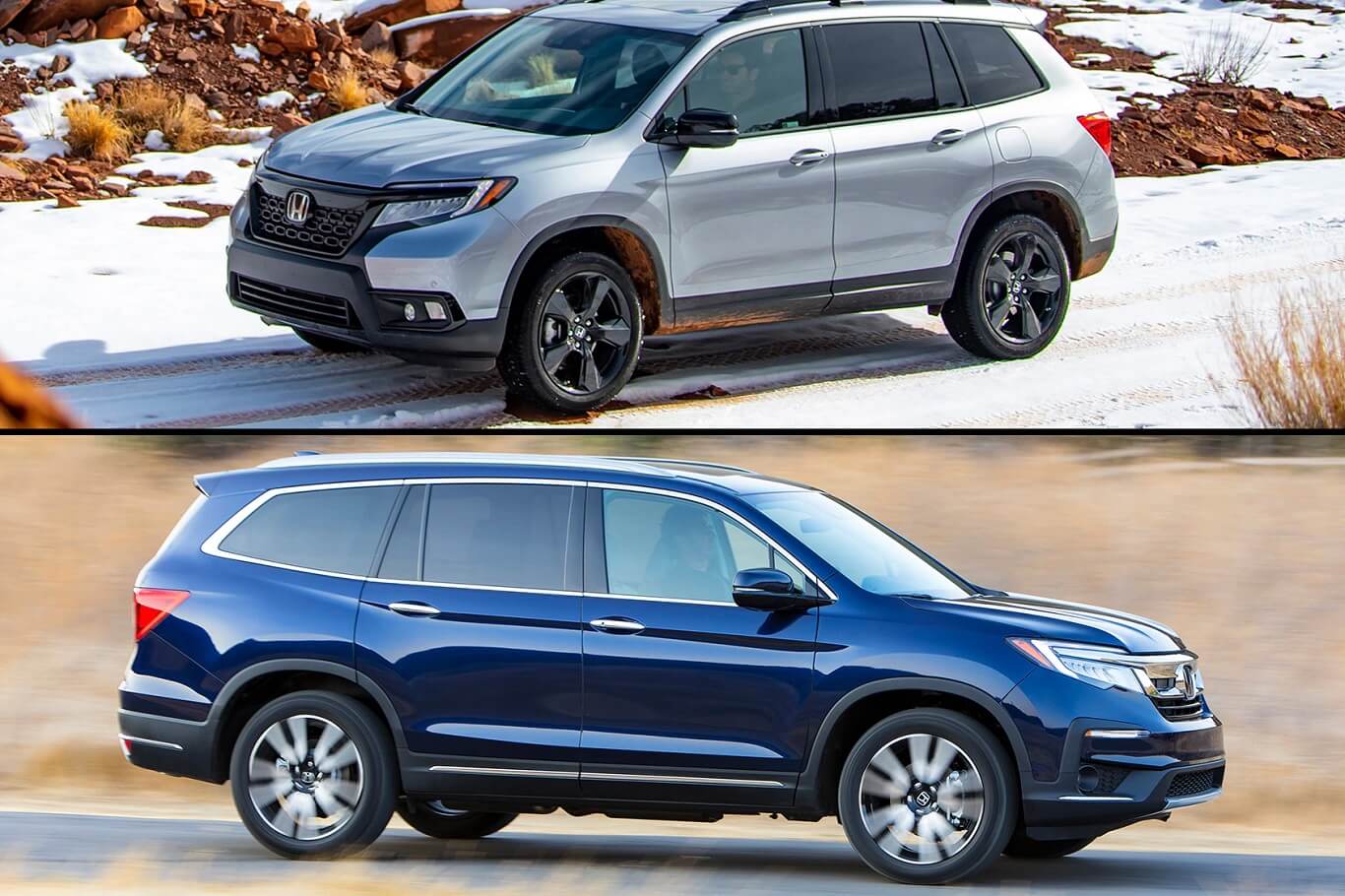 In the brutally cutthroat SUV and crossover segments, automakers are now attempting to squeeze out every available gap. Inside the mid-size segment, Honda offers a duo of pocket aces, featuring two vehicles that tend to combine a great deal in terms of the engine but vary significantly in regards to style and personality. Honda passport vs pilot is the thought that goes around many people’s minds when they go for an SUV car hunt.

The Honda Passport, officially launched in 2019, seems to be the newest of this duo, adding one more tall-wagon variant to Honda’s inventory. With 5 seats and more than 8 inches of ground clearance, the Honda passport is the most ambitious among its Honda clan mates.

The well-known Honda Pilot, on the contrary, is a 3 row SUV classic. It prioritizes family transportation and economical driving while providing a cubic mile of functionality.

Which model offers a greater bargain for your money, plus which model is more suited to your style of living? Follow along as we evaluate them across eight distinct areas.

Wondering what vehicles comparable to Honda pilot? If yes, then let’s take a deeper look at our thoroughly researched article.

Passport: Honda’s latest car, the Passport, accommodates up to five people and also has 40.1′′ of spaciousness across the frontal and back seats. Leg space for the driver plus front passenger seat is estimated at around 40.9 inches, while leg space for back seat passengers is estimated at around 39.6 inches. It’s important to note that almost all variants except the Sports one feature a moon-roof, which reduces front-row space by 0.6 inches.

Pilot: The Honda Pilot, very much like its younger twin, has slightly more than 40′′ of space across the frontal as well as middle seats. The additional moon-roof obstructs the view almost as severely as it did on the Honda Passport. Leg space in the first row measures 40.9 inches, 38.4 inches in the middle row, as well as a meager 31.9 inches in the 3rd row. Well, the Pilot features a typical 3rd-row seat that can accommodate 3 individuals — it surely won’t be that much comfy, but it’ll suffice in a crisis scenario. The middle row of the Honda Pilot may be customized with dual captain’s seats or even a standard bench seat. The Honda Pilot can carry up to 8 people based on how users set it up.

Takeaway: Because the Pilot includes the 3rd row, overall cargo volume is larger, enabling you to squeeze in a maximum of 8 people based on the sort of seating you choose for the middle row. When contrasted with the Pilot, the Honda Passport has a modest but notable increase in 2nd-row legroom. This difference between honda pilot and passport can be blamed (or thanked) on the Pilot’s 3rd line of seats. When and if your household consists of no more than 2 young children, the Honda Passport would seem to be a wise choice. If you frequently drive with more individuals, the Honda Pilot is essentially a minivan replacement for individuals who do not want the typical-looking minivans.

Passport: According to the SAE J1100, a common industry benchmark, this modern SUV can transport 41.2 cubic ft. of cargo behind the 2nd line of seating. There is around 50.5 cubic ft. of capacity obtainable if floor area across seat lines in their upwards as well as upright posture is considered. Honda loves to brag about this figure, even though it isn’t entirely accurate. These figures rise to 77.9 and 100.7 cubes, correspondingly, when the 2nd row is included. In its back, there is now a useful under-floor luggage space which is big enough for accommodating a camping bag, check out the picture given below to get a basic idea.

Takeaway: Given the large variations in figures between normal SAE measures and Honda’s usual “insert things in every corner” method, it’s recommended to bring a measuring ruler out on the road test to ensure that any of these vehicles can really haul whatever you need them to transport. Yet, these crossovers can haul a lot of stuff. If you still want some more cargo space, a decent rooftop box might come in handy for extended camping adventures or highway travels with a larger group.

Pilot: With its most recent upgrade, the Pilot received a load of new features (in 2019). Its Honda Sensing suite with advanced driving assistance as well as protection tech tends to keep the operator happy and satisfied, whereas 4G LTE internet tries to keep the kids thrilled. All grades come with these features. CabinTalk technology is included on its top three model levels, allowing front-row passengers to utilize the Wireless mic to enhance their speech over the Pilot’s back loudspeakers. With all of it, the selfish runts sitting behind you will virtually surely hear you demanding that they put down their iPads and glance around for a moment. The Pilot, unlike the Passport, features HDMI connectivity plus a rear-seat multimedia system that allows you to bring in video games and entertainment systems.

Takeaway: From the viewpoint of a household, the Pilot has more gadgets to keep the toddlers busy and the adults at peace. With its technology, the Pilot definitely succeeds in the utility category, as it cleverly integrates numerous power outlets as well as fast-charging 2.5A USB ports. On a family vacation, this equipment creates a huge impact.

Passport: A solitary powertrain choice, a 24-valve engine, 3.5-liter V6 with 280 horsepower as well as 262 lb-ft of output torque, is available. The Honda 9 speed automatic is standard on all models.

Pilot: The classic 3.5L V6 powertrain will be found beneath the hood of each 2019 model Honda Pilot, regardless of how much cash you spend. It has the identical 280 horsepower as well as 262 lb-ft of output torque as that of the Passport and therefore is paired with a 9-speed automatic transmission. Fuel efficiency and purity are improved thanks to straight infusion and advanced noise suppression.

Takeaway: having these big-boy Hondas currently offering nine-speed automatic transmissions as standard, it really is a tie. Although featuring additional seating, the 3 row Pilot typically weighs around a Hundred lb, less than 2 seat row Honda Passport featuring identical equipment. In the actual world, though, a Supermarket visit may quickly replace that weight.

Passport: Since various grades share the same engine and gearbox, comparing gas mileage results is simple. Passports with 2-wheel drive can achieve twenty miles per gallon downtown as well as twenty-five miles per gallon on the interstate. Opting to deliver energy across all 4-wheels lowers fuel efficiency by one mile per gallon throughout the range.

Pilot: Considering that the Honda Pilot and the Passport share the identical gearbox throughout all trim levels, it is really easy to differentiate the two. If you continue to FWD, Honda Pilot will get a similar twenty miles per gallon in the downtown just like its younger sibling, however, its larger chassis will enable it to achieve twenty-seven miles per gallon on the interstate. AWD adds a 1 mile of range penalty to the picture too.

Takeaway: Both vehicles have a 19.5-gallon gas tank and can operate on standard 87-octane gasoline. Because the variations in estimated efficiency seem to be so small, our gear head experts have decided to declare this a tie.

Passport: FWD models of the Honda Passport feature 7.5′′ of ride height, making it ideal for owners who live an exciting life or want to depict one. When you equip its all-wheel motion, that figure jumps to a hefty 8.1″. The frontal bumper’s approach position enables for around 20° of engagement, while a well-engineered back fascia enables for a higher 27.6° exit angle.

Pilot: The Ground clearance seems to be easy to measure with the Pilot, because all models feature 7.3” of it, regardless of whether the car is FWD or AWD. All drivetrains have the same towing capability as the Honda Passport. Throughout the board, entry and exit angles are approximately 20°.

Takeaway: Buyers who believe their travels will lead them outside the beaten route might consider purchasing the Honda Passport. Its higher ground elevation might come in handy if your town’s snowplows fall short to show up on schedule. Each of these vehicles includes Honda’s Smart Traction Management system, which includes snowy, dirt, and muddy modes.

Passport: Featuring all-black grille trimmings, a natty back spoiler, plus trims around its tire arcs that function as little aesthetic chicanery in respect to its overall height, Honda Passport has been developed with a focus on stylistic elements that convey a rough character. This setup has more aesthetic seriousness than the Honda Pilot because of its aggressive black rims and a double lens inside the fog light region of the front fascia.

Pilot: The Honda business style grille is welded out on the Pilot, backed by headlamps boasting a halo of LED mascara, creating a bold yet elegant look that aspires to be extra graceful than the Honda Passport. The Pilot, which was last modified in 2019, isn’t going to get the locals talking, however, it’s also not going to have anyone’s heart racing with eagerness.

Takeaway: Honda Passport’s more deliberate design selections allure to such sickly eyes, even if its backlights are of 2 notches too tiny, just like Grinch’s heart. The Passport’s dark accents and higher ride height help it escape the Pilot’s household minivan look.

Passport: If you believe that a 2-row Passport comes in less expensive than the 3 row Pilot since it accommodates fewer people, you’re mistaken. The Sporty variant starts at $33,965 inclusive of delivery, which is $240 bucks higher than the Honda Pilot. The Passport, on the other hand, is more affordable, featuring high-spec AWD Elite versions starting at $45,355, approximately $6,000 cheaper than the top premium Pilot.

Pilot: The standard LX model starts at $33,725 which includes destination, which is reasonable pricing in the descent 3-row Crossover category. Vehicles featuring leather seating as well as a back-seat multimedia unit for the kids often surpass $40,000 bucks. The top-of-the-line Dark trim boosts the cost to a hefty $51,395 bucks.

Takeaway: The Honda Passport may be less expensive than a comparably equipped Pilot upon a resembling basis, particularly if you want premium extras such as leather interior. Remember that installing AWD to both the Passport as well as the Pilot inflates the cost of a 2WD variant to roughly $2,000 above the standard variant.

The Verdict: Honda passport vs pilot

The duties of the individual vehicle are well defined. The Honda Passport is designed for partners or smaller families that desire an off-road vehicle featuring a little aggressive appearance. Having 3 rows of seating as well as a slew of entertainment options, the Pilot is targeted towards bigger families. Considering that the drivetrain components are almost alike, both have a lot of attractiveness and are expected to run equally good. Their characteristics, like those of several non-identical twins, are somewhat distinct.

Let us know your favorite one! 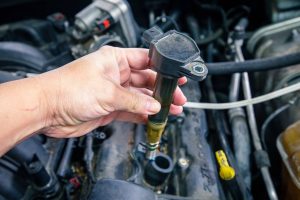 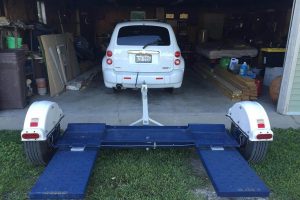