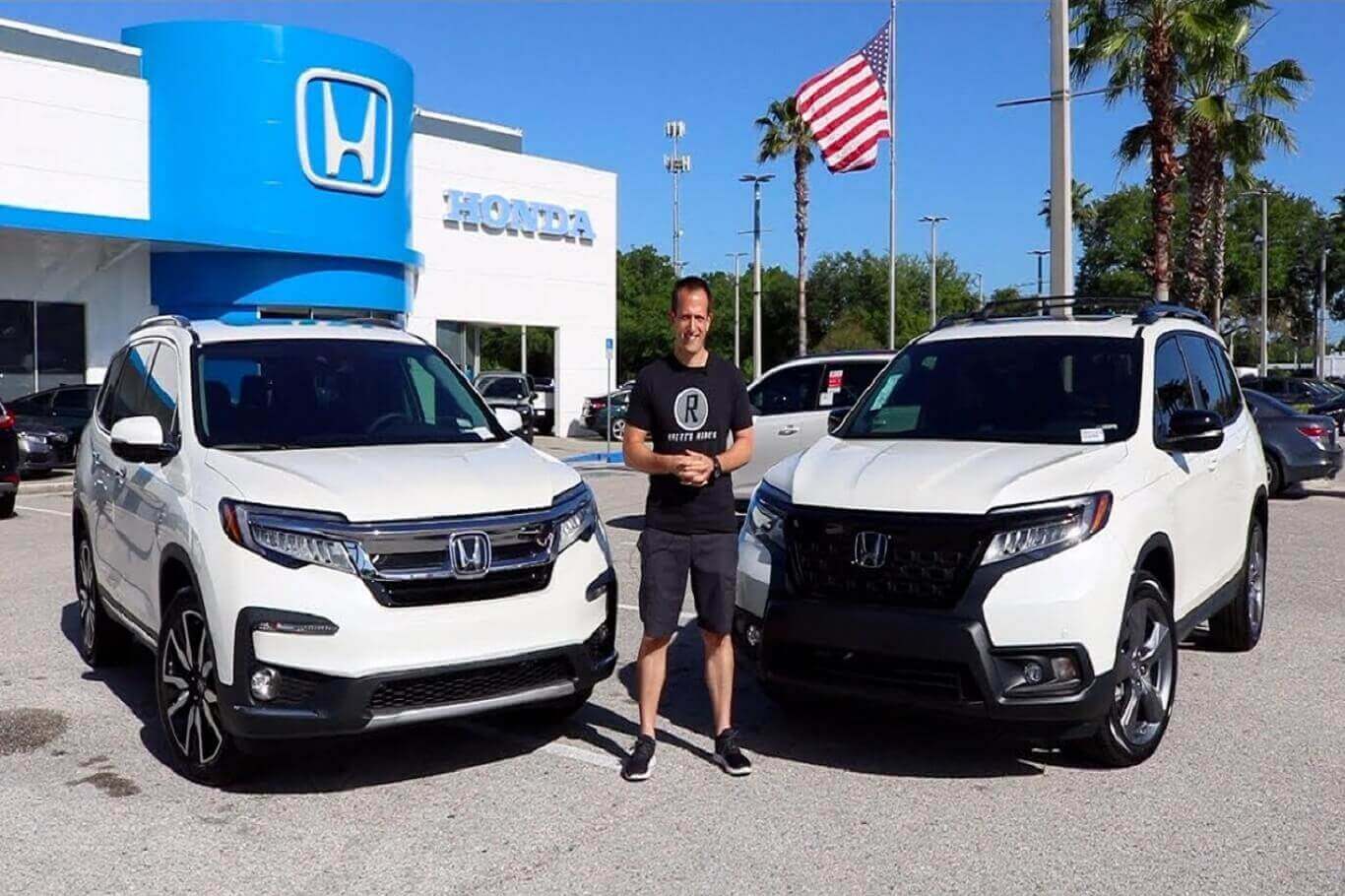 Honda produces some of the best cars available in the market. They are famous for their reliability, comfort, and good gas mileage. Like many other car manufacturers, Honda itself tries to target every segment of the market and manufactures a car that fully caters to the needs of that segment of customers. Honda is a famous player in the game when it comes to the highly competitive SUV market and has two widely popular selections that are primarily similar to their powertrain. However, they differ significantly when it comes to their looks and attitude.

The Honda Passport is a comparatively new machine in the Honda lineup of cars, released to the public in 2019. A vehicle that can comfortably seat five passengers and with a ground clearance of 8 inches caters to the most adventurous of its customers who need a car that can go anywhere they want. Honda has tried to capitalize on that with the passport.

On the other hand, the Honda Pilot is a more established brand with three-row seating and has been designed keeping practicality in mind. This SUV is targeted for family use and reliable motoring.

In this article, we will compare the two to determine which of these SUVs is more deserving of your hard-earned money and more suitable to the lifestyle you follow. Keep on reading as we go through every vital category so that you can make your decision. Here is our Honda vs. Pilot comparison

The Honda Passport has excellent dimensions when it comes to the cabin space of the car. When you sit in the passport, you will notice that it has excellent headroom in the front and the back, coming in at 40.1 inches. You will also not be wishing for more legroom as the passport has 40.9 inches of legroom for the first row and 39.6 inches for the second row, which we say is comfortable enough. Excluding this car’s sports variant, the Honda passport also gives its customers a moon roof that shaves just a measly 0.6 inches off of the headroom in those models.

The Honda Pilot, on the other hand, loses 0.1 inches when it comes to the headroom at 40 inches at both the front and the back. The moon roof also shaves off some 0.6 inches when installed. The legroom for the front passengers is plenty coming in at 40.9 inches. The second row will have a slightly smaller legroom with a dimension of 38.4 inches. However, the third-row passengers may feel a little bit uncomfortable as their legroom measures in at 31.9 inches. The second row can be optioned according to your preference, either sit two or three people. The maximum seating capacity on the Honda Pilot stands for eight passengers.

The bottom line on seating capacity

In this Honda Passport vs Pilot, the Pilot takes the edge when it comes to seating capacity, seating eight people. However, it is slightly uncomfortable. The Honda Passport, on the other hand, bumps up the second-row legroom because of the absence of a third row. So, if you have a small family, it might be wise to go with a passport; however, if you need an odyssey but do not like that car for some reason, the Honda Pilot is an excellent substitute for that.

The Honda Passport has some great Cargo capacity even when the second-row seats are upright. Measured at 41.2 cubic feet, the Honda passport will not have you wishing for more boot space than it already offers. However, if you do, then the second row of seats can also be stored and increase the cargo space up to 100.7 cubic feet. There is also a small trunk available under the cargo space where you have enough space to store a sleeping bag. 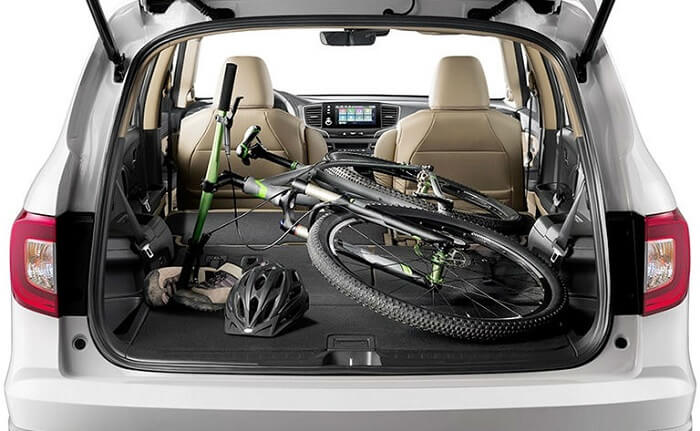 Now the Pilot, having three rows of seating, diminishes the cargo space when you open the hatch, giving you just 16.5 cubic feet; however, once you close the third-row seats, you find that you have about 46.8 cubic feet of boot space, which slightly takes the edge from the passport. You also can flip the second-row seats, which will increase the cargo space to a great 109.0 cubic feet.

The bottom line for cargo space

Comparing the Cargo space in this Honda Passport vs Pilot, we say there is enough room for you to haul stuff, and we do not believe that you are going to need any more than what is already on offer. However, you do, then you always have the option to install a roof box.

The Honda Passport is equipped with some of the most modern car technologies that balance your comfort, safety, and entertainment during the drive. The Honda sentencing safety technology and lane-keeping, adaptive cruise control, braking assist, and forward-collision warnings are some of the safety features in the Honda Passport. Keeping your drive comfortable, climate control has you covered with its tri-zone option. The infotainment system is jam-packed with options. With a beautiful touch screen, the infotainment system has Android Auto and Apple Car Play along with wireless charging. There are many other technologies in the passport like heated second-row seats, quick-charge USB ports, Premium Audio system, sunshades, Automatic High Beam, Power tailgate, and so much more. 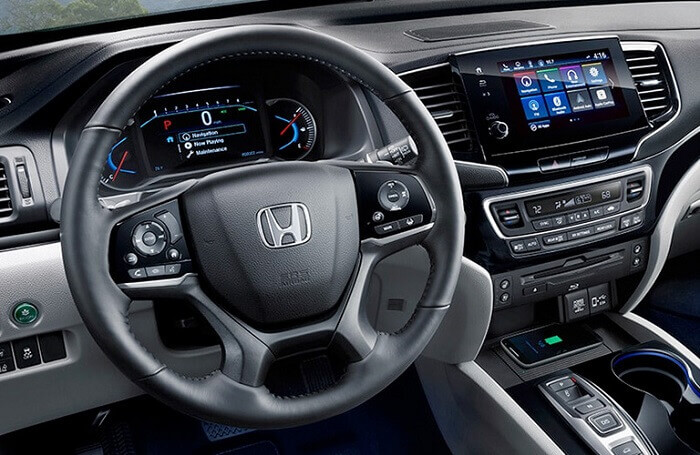 The Pilot, on the other hand, had a lot of practical options when it was recently given a facelift and was refreshed in 2019. Safety features like the Honda sensing safety technology keep the drive safe and comfortable while the 4G LTE Wi-Fi keeps the passengers entertained. There is also a Bluetooth mic equipped on the front side so that your voice while talking is automatically amplified with the rear speakers. Other features include Capless fuel fillers, second-row sunshades, fast-charge USB ports, and many more. The Honda Pilot also has an HDMI port that allows the passengers to plug in game consoles or laptops to the screen, which is a functionality absent from the passport.

The Honda passport and the Pilot go head to head in technology; however, the Pilot does take the edge with some additional features that keep practicality in mind when driving a family vehicle.

The Honda Passport is equipped with a 3.5 liters V6 single engine which produces a respectable 280 horsepower and 262 lb-ft of torque, making it a great vehicle power-wise. The vehicle is all nine-speed automatics. 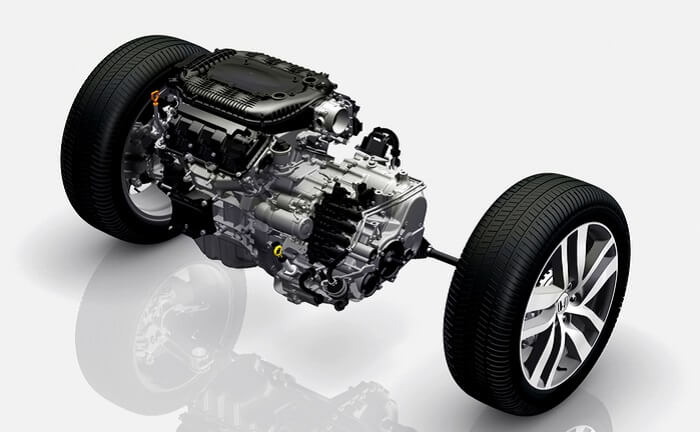 The Honda Pilot is very similar in power output to the passport. It is equipped with the same 3.5 liters V6 single-engine churning out 280 horsepower and 282 lb-ft of torque with the same nine-speed automatic transmission.

The bottom line for powertrains

The Honda Pilot and the passport both feature the same engine; however, the Pilot does weigh some 100 pounds less than the passport despite its three-row seating. However, being a family car, the Pilot may regain that weight back again once you put a few shopping bags inside it. So for this section of our Honda Passport vs Pilot, our result stands in a draw. 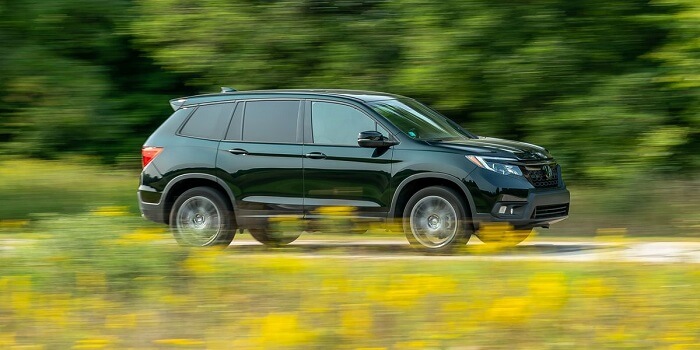 The bottom line for fuel economy

The Honda passport and the Pilot are fully comparable to each other as they share the same engine and almost the same weight, so this one is a draw.

The Honda passport has a black grille and rear spoilers that look pretty mean, keeping style and ruggedness in mind. The dragon eye headlights and the fog lamps make it look as it is out to get you. 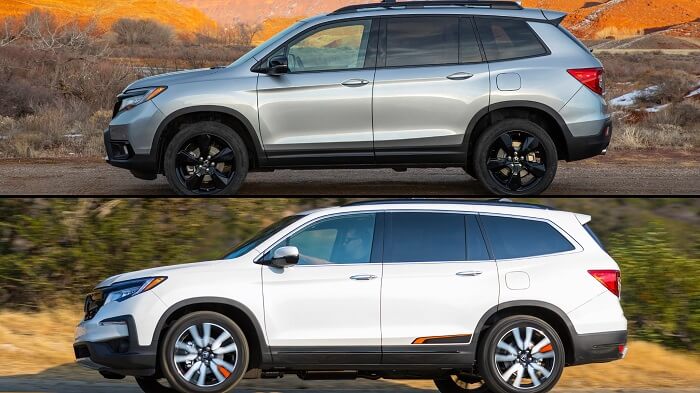 The Pilot demographic being primarily families, the styling has been kept a lot more elegant with its corporate grille and headlights. The Pilot is a beautiful-looking vehicle; however, it is not a head-turner.

The bottom line for style

The Honda Passport is a better-looking car than the Pilot once you take its style under consideration.

So summing it all up in this comparison for Honda Passport vs Pilot, which one is better suited for you? If you have a small family, then the Honda Passport is excellent for you with all the technologies and safety features it has inside it. However, if you have a little more prominent family with Kids, the Pilot is a far better option for you as its features are a lot more practical.