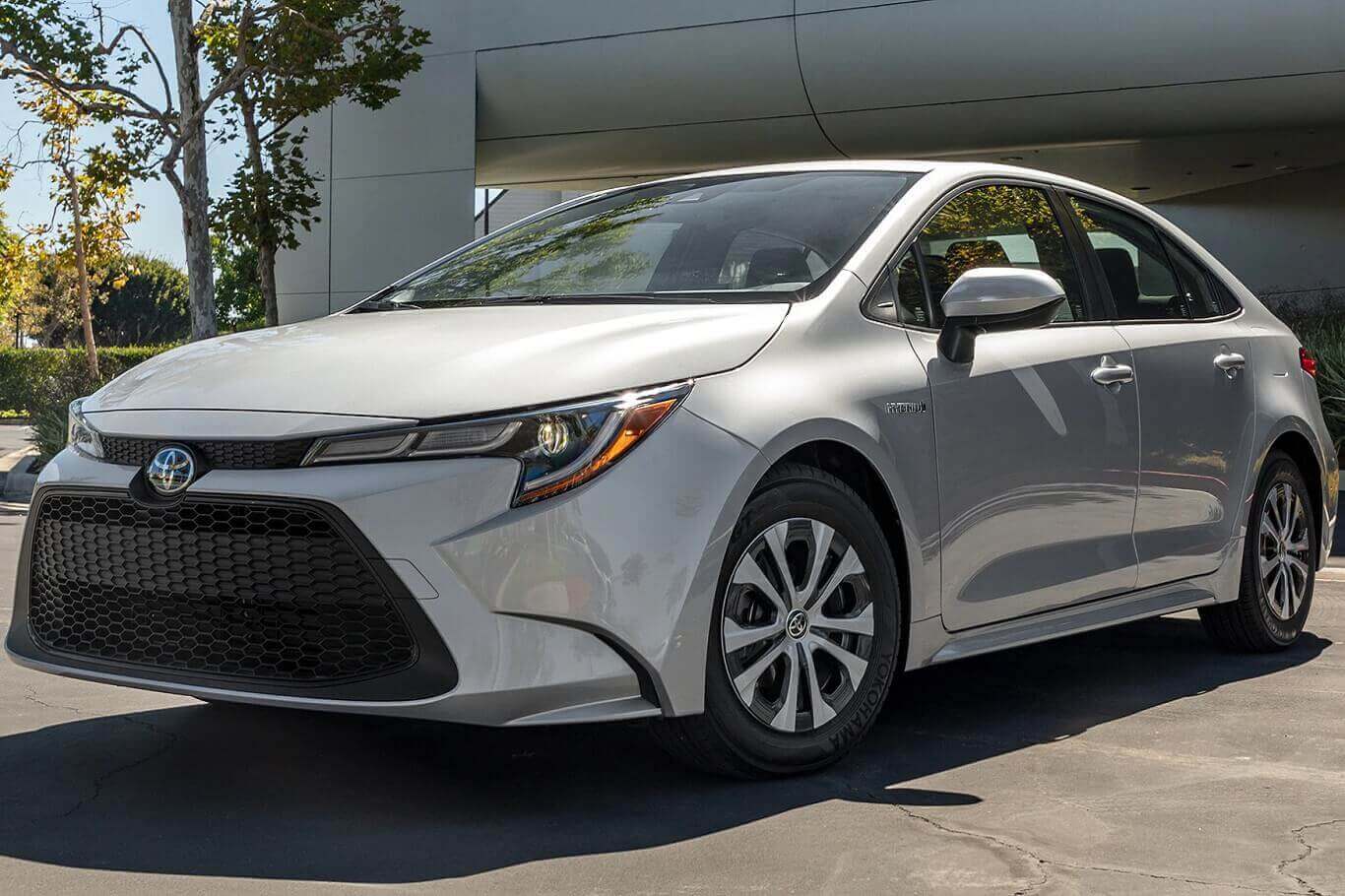 Throughout the decades and history, multiple vehicle manufacturers have produced ‘people’s cars’ – Vehicles that are found significant on the roads due to their impressive utility and a great degree of value. These factors make these vehicles the best mode of transportation.

Whenever we discuss cars that can survive under tough circumstances and for a long period – Brands such as Ford, Volkswagen, and Toyota are the ones that come to our mind. To join the league of the supercars available in the market, Toyota came up with their new Corolla hybrid.

Many car manufacturers have been developing hybrid cars for years now. Toyota was sensible enough to realize the massive attention hybrid vehicles are getting. Due to the Corolla being a popular variant of Toyota and having its market, Toyota decided to produce the Toyota Corolla 2021 hybrid.

There is no doubt in saying that the Corolla hybrid is one of the few small hybrid sedans currently available in the market. According to the experts, it has a Prius-like fuel economy, which surely gives it leverage over its competitors. However, a bunch of flaws is there as well in the vehicle.

If you are interested in knowing more about this vehicle and get complete Toyota hybrid reviews, keep on reading. In this article, we will try to include all the great features of the Corolla hybrid and factors where this car is lacking. Moreover, we will be discussing its design, performance, and other components as well.

All the Toyota hatchbacks have a larger engine. However, the all-new Corolla hybrid sedan is offering a hybrid powertrain. A test of the 2019 Corolla SE Hatchback and 2020 Corolla XSE was done to make their comparison with the Corolla hybrid. According to the results, none of the vehicles were able to provide the same acceleration and or power as the hybrid version.

However, due to heavy or hard acceleration, the Corolla hybrid is pointed out for creating weird engine noises. which is not appreciated by car lovers. There is no doubt that the ride quality of both; sedans and hatchbacks are exclusive but they are not refined on bumpy roads. Secondly, a test was carried out to check the braking ability of the car, the new Corolla hybrid did not stand out.

Nevertheless, Toyota has worked upon its steering quality. When compared to its closest rivals Mazda and Volkswagen, it gives out a satisfactory result.

You might be thinking that no matter the new Corolla is hybrid, but the four-cylinder engine might not be efficient with the fuel mileage. Well, you are wrong in that matter. You’re going to save a good amount of money on gas if you own this vehicle.

A car is incomplete without cargo space in it. All the vehicle lovers are in search of automobiles that can prove to be a complete package for them. Instead of facing difficulties while fixing the bags for the road trip, people want to be in ease and comfort. According to research, the Corolla hybrid tends to have a trunk of 13.1 cubic feet. However, it is considered to be tight for the people. The back seat doesn’t fold entirely which makes it a compact environment for the cargo to fit in.

The new Corolla hybrid can accommodate five people at once. Typically all the sedans can do that, this means the size of the car is fine. However, the driving seat is not considered ideal for the driver. There are only a handful of manual settings for the driver. Secondly, front seats are comfortable but not recommended for longer routes.

In the backseats, if you are tall, you might have limited headroom. You have to duck before entering the car. Nevertheless, the passengers with the usual height can comfortably adjust in the car.

Soft-touch materials are used in the interior of the car. The overall design of the interior is quite minimalistic and similar to other Toyota sedans but still proves to impress others. However, according to sources, low-quality plastic is used in making the interior.

Along with other features and technologies, the Android Auto has also joined with the Corolla hybrid. The user-friendly interface makes it easier for the user to connect with it. However, Toyota made sure to remove the knob system from the screens as it was difficult for the user to focus on the road while connecting their phone with Bluetooth or increasing the volume level through knobs.

There are several benefits of this vehicle that might motivate you to purchase this vehicle. Let’s discuss the advantages of owning a Toyota Corolla 2021 hybrid;

This car is powered by a 1.8-liter four-cylinder engine, which is not that much for acceleration. However, it is considered to be enough for a luxury sedan. This vehicle is known for accelerating smoothly.

Due to unobstructed side pillars and low windows, it is quite easy to see outside the Corolla hybrid. Moreover, there is ample headroom for the drivers.

You cannot expect a magical ride from a small-sized sedan. Nevertheless, the testers were surprised to see how smooth the Corolla hybrid is on the bumps. You would not feel uncomfortable at all while driving. Due to great suspension, this car is excellent on the road.

Safety is important in every vehicle and major car manufacturers are being crucial about it. Lane departure assist, pedestrian detection, pre-collision system, and many other safety features are installed in the vehicle to protect the driver and passengers.

Hybrid and electric vehicles have become a need in today’s time. Due to the surge in the prices of gas and hi-octane, having hybrid cars is the right choice. Toyota realized the loophole and reacted to it instantly. The Corolla hybrid is better than the many other electric cars available in the market.

Let’s hope this article provides you with enough information in regards to the vehicle and eases your decision process.