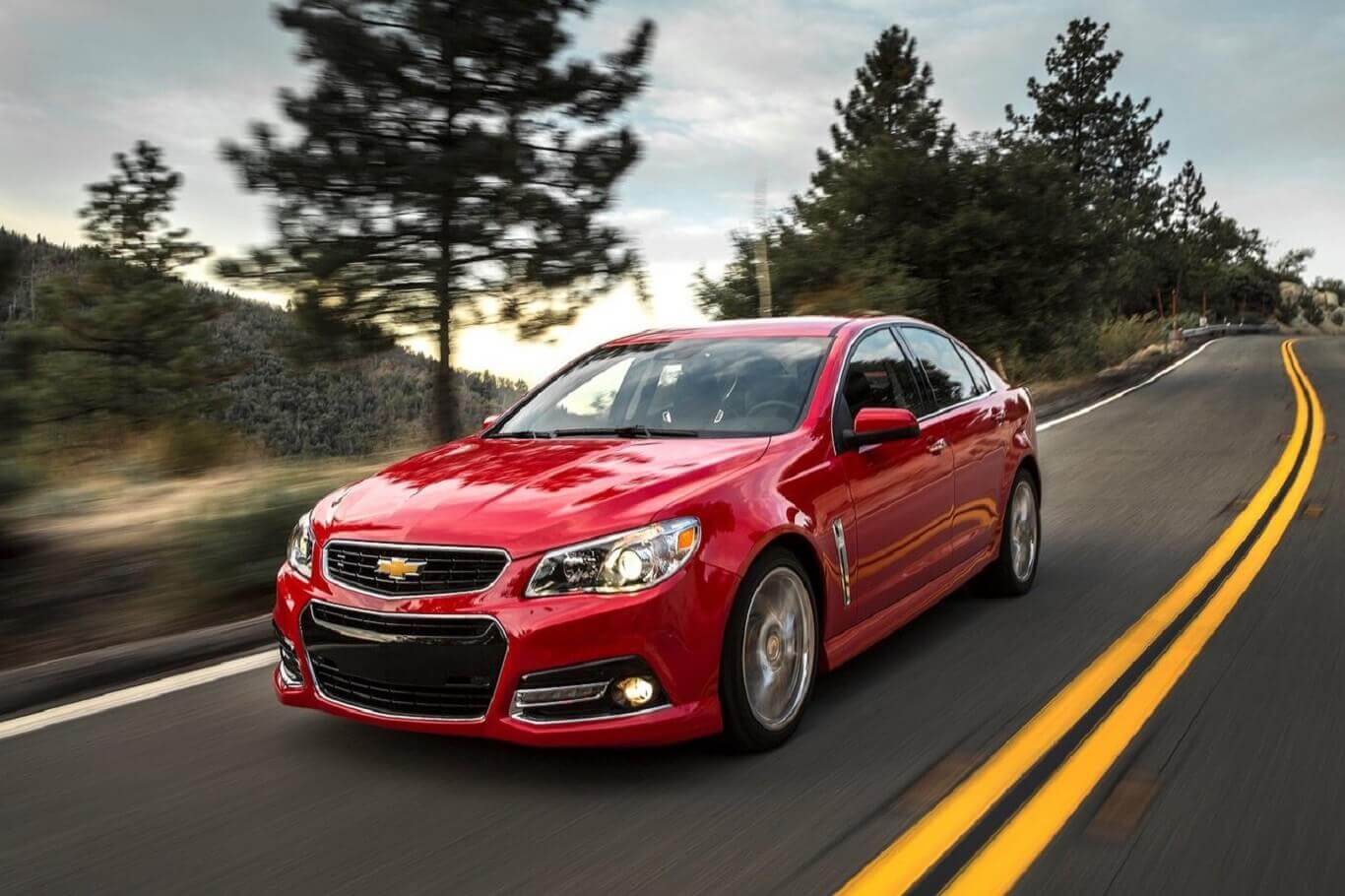 In the automobile world, a sleeper car is a master of understatement. It is something that no one expects. It is ruthlessly efficient, fast, and powerful, with all the automated capabilities of a professional sports car.

However, unlike a sports car, it does not have indecent bodywork, attractive paint, or anything that may invite attention. It is all above loads of power while remaining inconspicuous. 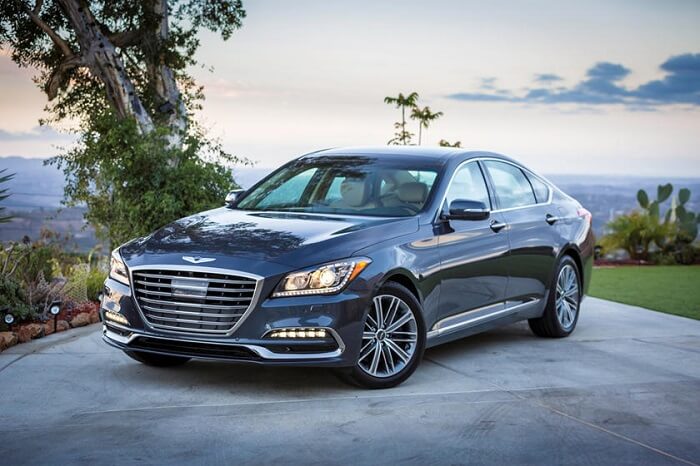 Why Owning a Sleeper Car is Awesome?

For some people, remaining unnoticed is not what they want. However, for others, it is undoubtedly the best thing about sleeper cars. It is true that at some point, every driver wants at least some attention, but sleeper cars do not really deliver that.

This anonymity can bring tons of benefits to the driver that any other motoring segment can never enjoy.  While Mercedes-AMG GT gets pulled out for small reasons, a sleeper car can easily cross speed limits without even getting noticed.

These are the best sleeper cars that can be bought in 2021.

Sure, it’s an Audi sedan but random people driving past the second-generation Audi RS6 on a road would have no clue that this Audi is part Porsche. It was basically co-designed alongside Porsche which is why it has taken many principle designs of the legendary brand. 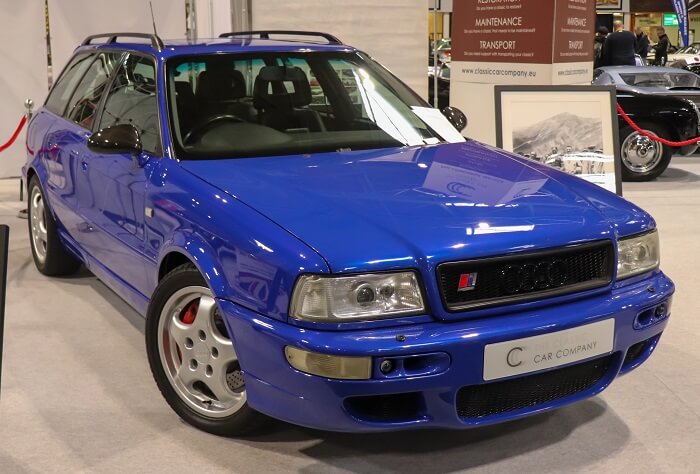 The brakes and the suspension were sourced from Porsche, while the wheels and the side mirrors were taken as-is from the (964) 911 Turbo. It can take a speed of 0 to 60mph in less than 5 seconds and 0 to 100mph in a whopping 13.1 seconds. The car can also drive up to the speed of 163mph.

What makes this car so special is that it only came in the Avant variant. It Is considered as one of the greatest and iconic estate cars ever designed. As it was produced only for a year, it is highly unlikely to see this car outside Europe.

Introduced for the 1999 model, with more than 12,000 units produced, the Mercedes-Benz E55 was a huge success. Above 2500 of the units produced over a period of five years were imported to North America. Originally working at 349 horsepower, in 2001, the car was updated to 355 horsepower when AMG adopted the facelifted E-Class. 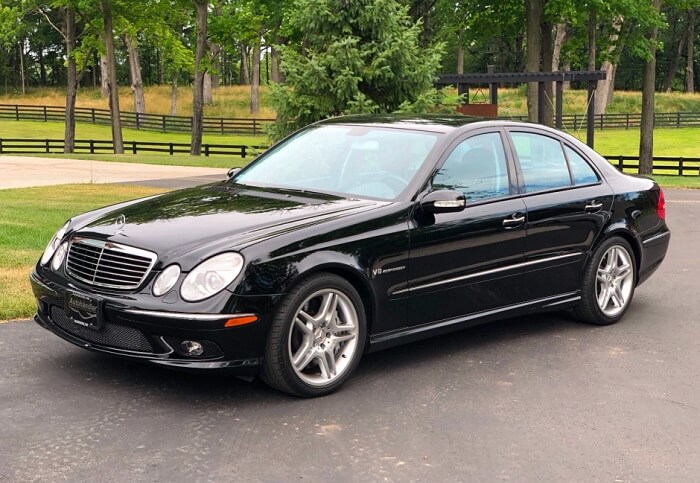 In early 2002, when the W211 E-Class, a more aggressive package was produced by the company.

As AMG engineers were experienced in motorsports, they used parts of power plants and increased the engine’s speed to 6100rmp from 5600 rpm. A valve train was used to do this. A feared engine was produced using a logic-controlled activation of the supercharger.

Although it does not appear to be such extraordinary, the E55 AMG hides a dangerous engine under its hood. Power has gone up 34 percent, while torque has increased by 32 percent for a new output of 476 horsepower and 516 pound-feet. Its highest speed is 155 mph.

The Honda Accord is a family midsize sedan, and everyone knows that midsize family sedans are built in an efficient, energy-efficient way. Every time you drive a car, you see a bunch of Honda Accords driving in moderation, rarely exceeding the speed limit.

The 2.0T version is a deceptively fast car, though. With 252 horsepower, the 2.0-liter turbocharged engine does a great job. It will get this family car up to 60 mph in less than six seconds. You can even get it with a manual.

Additional standard features of this Honda include creamy leather seats, a twelve-way power-adjustable main seat, as well as heated and ventilated front seats. When it is raining, the wipers containing sensors automatically start working.

As “America’s Best Sedan” according to Car and Driver magazine, it features the Honda’s third generation’s inventive two-motor hybrid technology.

The 1991 GMC Syclone is one of the most ultimate sleeper cars ever made. The Syclone is a little black GMC pick­up, that is seen as a luxurious alternative to Chevy Trucks. 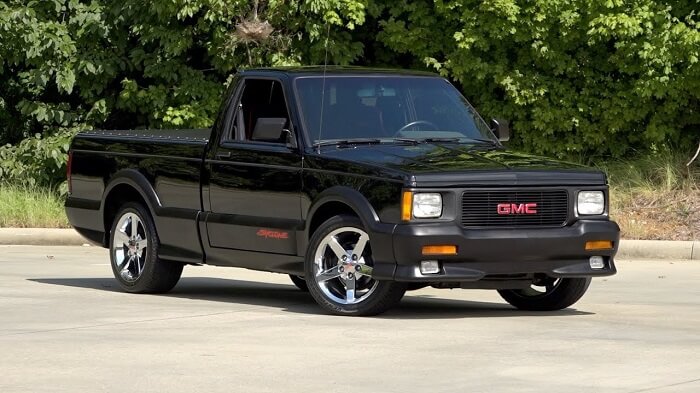 In all, the Syclone cranked out 280 ponies at 4,400 rpm and smashed them on the asphalt via a full-time four-wheel-drive setup fitted with a center diff and a limited-slip diff on the rear axle.

By the way, the rear axle got 65 percent of the grunt, while the rest went to the front wheels. The quarter-mile was conquered in 14.1 seconds, with a top speed set at 126 mph. And there was nothing about its appearance that gave away all that.

In its September 1991 issue, Car and Driver magazine pitted the Syclone against the Ferrari 348TB in an all-out confrontation that is still legendary. From 0-60, the Syclone beat the Ferrari by more than half a second.

Therefore, with this pickup, there’s no doubt that you’ll be able to keep up with some of the roadway’s quickest platforms, without all the flashiness.

Ford’s Taurus has never garnered a reputation as a raging bull, but that all changed when the manufacturer introduced 2019’s SHO model. If you’ve been paying attention to your local police force’s undercover vehicles, you might have seen one or two of these around — and for good reason. The SHO boasts a 3.5-liter twin-turbocharged EcoBoost engine that’s capable of 365-horsepower and over 350 lb-ft of torque, making it a monstrous automotive platform in its own right. It can rocket from 0-60 in around five seconds, giving almost any vehicle on the roadway a run for its money; and the best part? Everyone will think that you’re the long arm of the law, meaning that a test of wills might not happen in the first place. 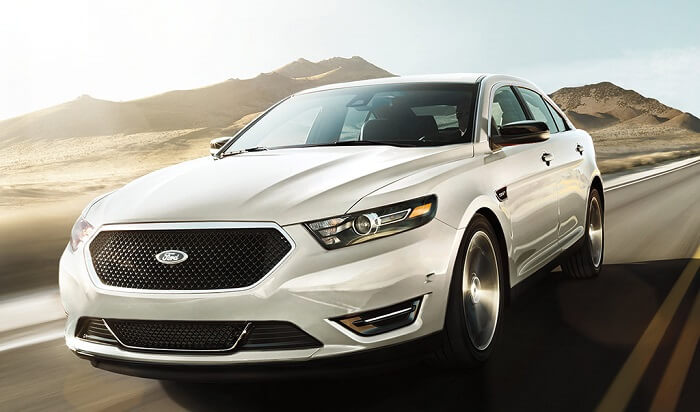 The C5-generation Audi A6, built from 1997-2004, is known for two completely separate things: being a sensible and frugal family car, and being a turbo-nutter mega-Quattro. 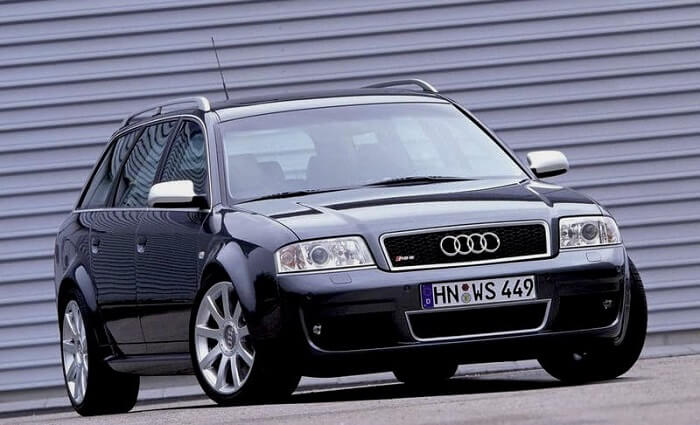 Its interior was quite nice as well, in a very typical early ’00s way. It’s simple and understated but very well built and made with lovely materials. Sure, its exterior is about as exciting as a tax audit but the interior is rather nice.

So the A6 2.7T was a midsize luxury sedan with a bi-turbocharged engine, a proper manual gearbox, and all-wheel drive. If that’s not a winning combination, I don’t know what is.

As named the most ‘refined breed’, the V70 was born in 2003. This model had 300-horsepower and had such a strong engine that they publicly confessed that their R can defeat BMW’s M3. 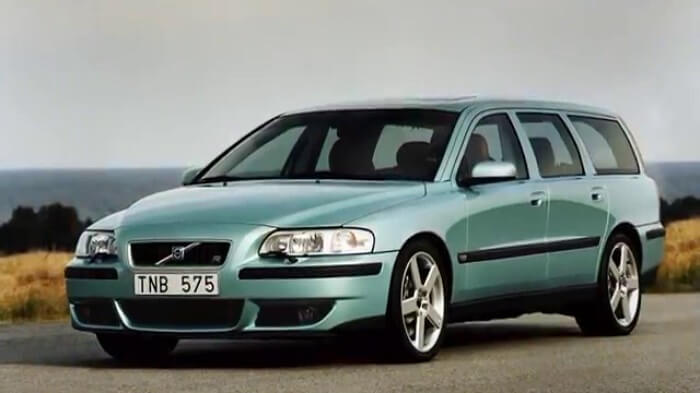 Then can offer mid-range overtaking power as it is powered by2.5L five-cylinder transverse-mounted engine. In this unsuspecting beast, in 5.6 seconds, you will go from 0 to 60 mph. This is possible due to the vehicle’s Haldex all-wheel drive.

Although their claims to beat M3 might be a bit far-fetched, this beauty is much cheaper than the M3 and can surprise much more people due to its speed.

The cool blue gauges, Brembo brakes, electronically controlled suspension, and extremely comfortable seats are some of the other signature features of this model.

The only downside is, the engine burns about a quart of oil every 1500 miles, according to the seller.

After the debut got launched in 1989, this luxurious car featured a V8 engine for the next four generations. Even though, its exterior screamed ‘family car’, the second generation LS 400 accelerated from 0 to 50mps, in less than 7.5 seconds. 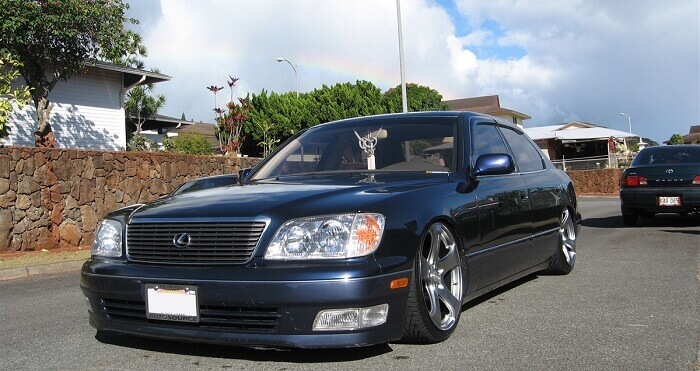 This Lexus had a big improvement to speed enthusiasts: it was 209lbs lighter than the third generation’s Lexus. To say the least; it was one extremely fast full-sized sedan and one of the most unsuspecting sleepers in the last.

The fifth-generation model of Lexus LS 400 is still in production. Every year there are big improvements as to the engine and body of the car.

Everyone has their own definition of what a ‘true’ sleeper looks like – some tolerate no clues as to what lurks underneath the metal skin at all, while others are ok with a few flourishes here and there.

An important factor with any sleeper car is an element of the unexpected once the light turns green and the pedal is mashed to the floor.

Above, we have mentioned the list the best sleeper cars that may surprise not only someone who loves cars but also others. Which one is your favorite? We would love to hear!